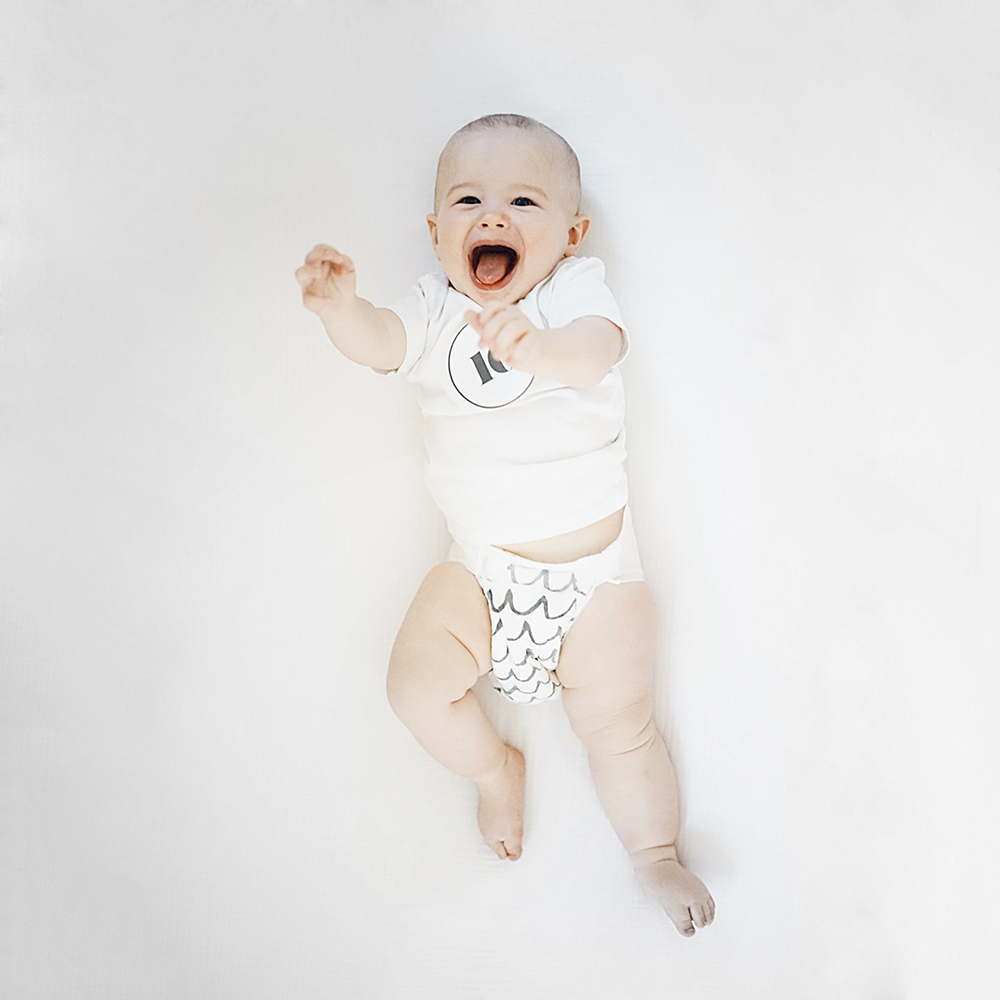 2 months shy of a year! so crazy how time has flown by. arlo is doing all sorts of new things this month. he is officially crawling on all fours and can get around way too fast, it’s definitely time to start baby proofing. i honestly can’t believe we got this photo because he did not want to lay down for it whatsoever.

he is still favoring the letter “B” but has now basically said mama! a very happy day for me.

he eats all soft finger foods now, and i can actually give him his own plate of food and he will mostly eat it (a good amount still does end up on his tray and clothes). he will try any food and pretty much eat whatever we give him. i’m still nursing but plan to start the weaning process this month and feel lots of feelings about it. i’m excited to take my sleeping pill again and stop wearing dumb nursing bras, but there is a part of me of that is nostalgic about it of course. he also drinks water now from his sippy cup! he picked it up in a few hours and we were gushing about what a genius he is. now we’re going to try to teach him to drink from a straw too.

he still waves to everyone, but now he can do it whenever we tell him, even when i say “can you wave?” it always wins over all the girls, and he knows for sure because he looks so proud the second he starts. he also shares now, sometimes puffs and sometimes toys, he will hold things up and hand them over or stick them in our mouths (before taking them back and smiling). it’s the best.

he’s in the 98% for height so i guess he’ll be a basketball player or runway model or getter of things from cabinets. we switched car seats to a big kid seat and i think he’s definitely more comfortable. he still cries during most of our car trips but i’m trying to keep him as entertained as i can back there. i know once we flip him around, he’ll find it way more fun… in like a year ugh.

he is still incredibly clingy. i can’t tell if it’s getting better or worse! it’s been so challenging because when we’re out with my mom or i have someone over, it would be so nice to hand him over to them for a minute to do something or go to the bathroom, but he just won’t let anyone hold him besides mom and dad without hysterically crying. i know it’s a phase, but it’s a tough one. i’ve also heard that i should reinforce that it’s ok and i’ll be back and let him cry, but like most moms i’m sure, i try to avoid his hysteria as much as i can. any tips you guys have would be so appreciated!

i can’t believe how few of these updates are left… i’m getting so sad! my baby is almost a toddler. WHAT?