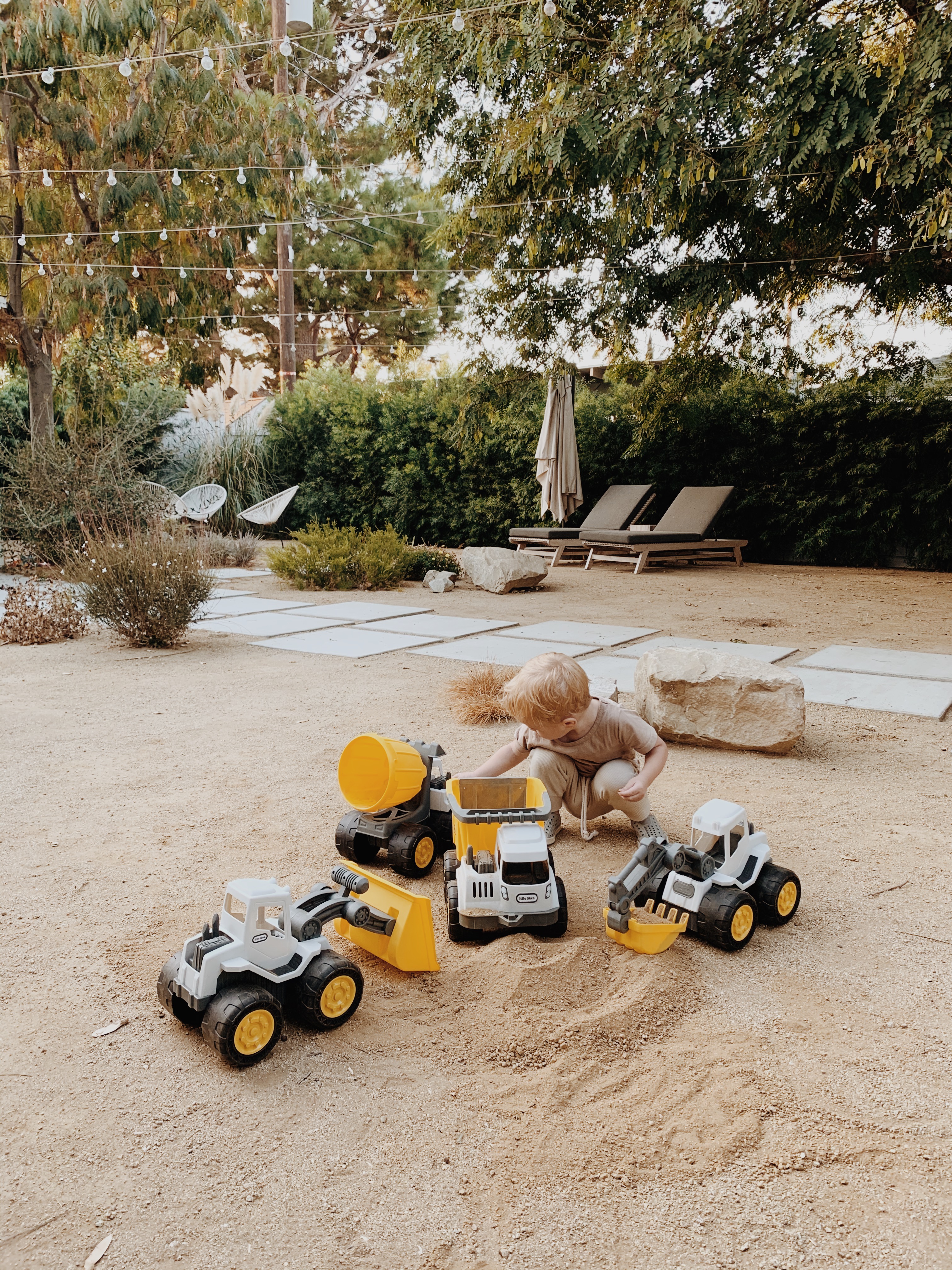 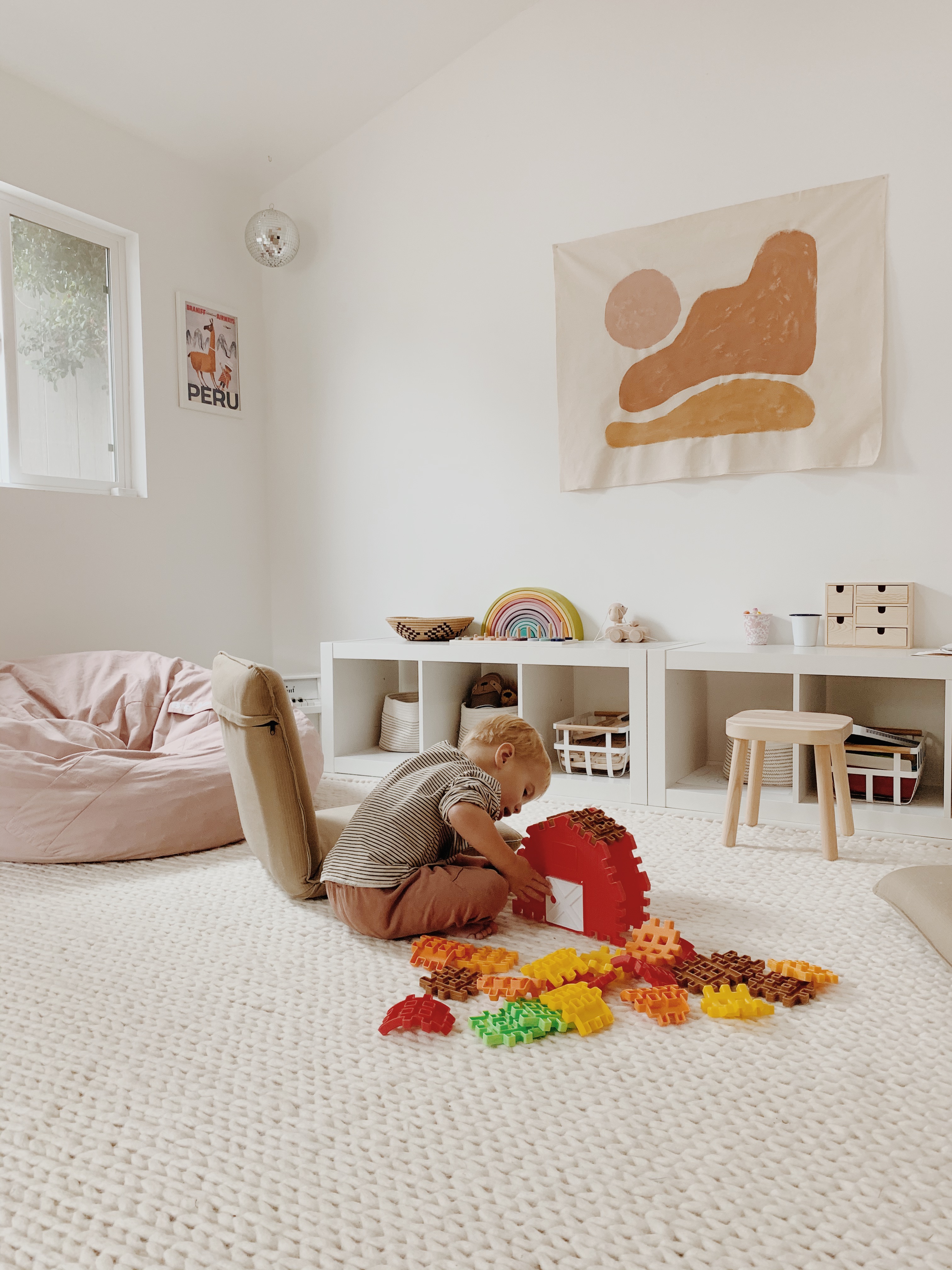 generally speaking, arlo has been pretty slow to reach milestones— he was slow to crawl, he didn’t walk until 14 months, he didn’t talk until very recently, he’s still in diapers… and all the while i’ve remained pretty chill about all of it. over the years i’ve gotten so many questions like “are you worried about arlo’s speech?” “will you send him to speech therapy?” “when are you planning to transition to a big boy bed?” and my answer is pretty much always the same for all of them — i’m not worrying about it (ok obviously i need to worry about the potty training soon lol, but the rest is pretty much out of my control). i did spend the first year of his life on the apps checking what was coming that month and making sure he was hitting his milestones and when you’re a new parent with zero experience this makes total sense. but our pediatrician always helped ease any concerns for us— she is really matter of fact and never made us worry much if he was behind (granted he was never super behind actually, he had 8 words by the time she said 8 words, they just happened to be animal noises hahaha). he has always been super smart in comprehension so i was less worried about the verbal skills. 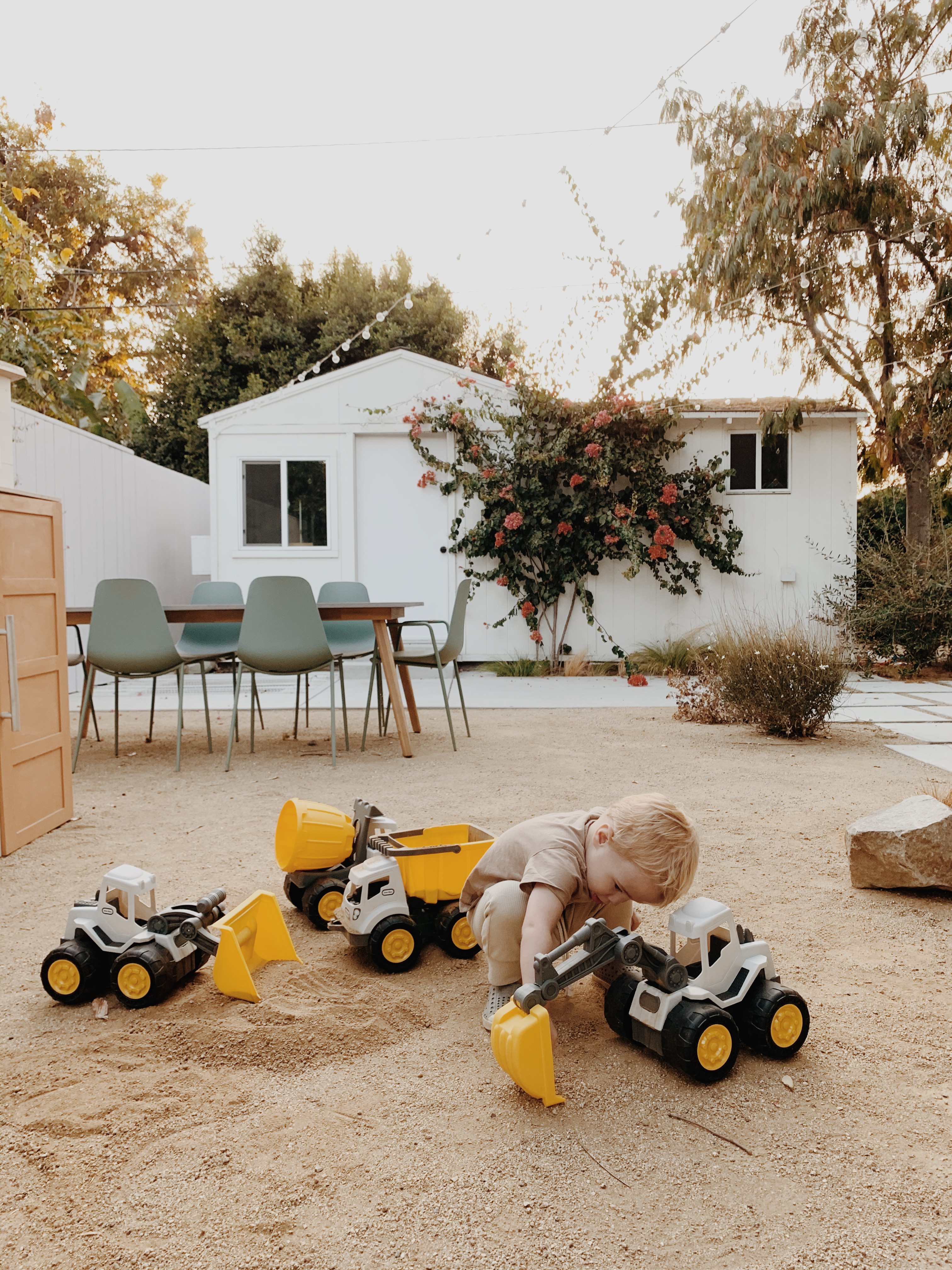 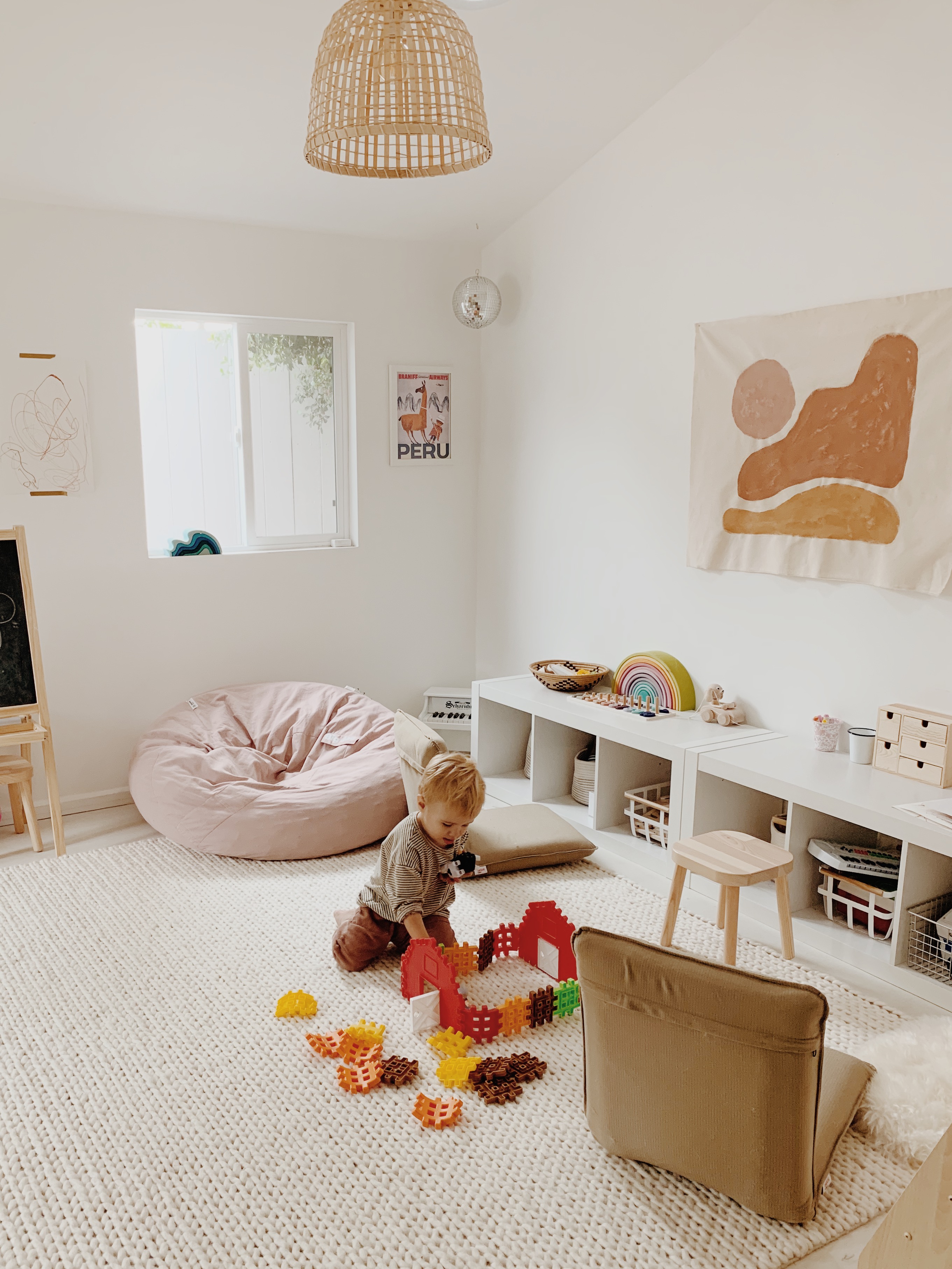 i feel like parents place a LOT of emphasis on reaching new milestones all the time. whether they’re so excited about feeding them solid food, they’re changing the nursery to a big kids room, etc— everyone seems to be obsessed with reaching the next chapter. i agree those moments are fun and exciting and new and great, but it also all goes by so quickly as it is that i don’t want to rush anything. i feel no need to switch him to a big kid bed until he explicitly asks for it— if it ain’t broke!? he sleeps so well in his crib so why would i introduce the concept of getting out of bed!? i didn’t worry about arlo not talking much because everyone warned me that once they start talking they’ll never shut up so why rush it hahah. it was true.

he’s now at the age where he doesn’t want to play with the neutral minimal wood toys that do nothing, he seems to want to only play with real toys and i’m not going to deprive him of it. i guess that’s just another milestone :) little tikes makes it really easy to shop for toys by age group—  which makes it so helpful knowing what he’ll truly enjoy playing with and what is too young or old for him. i know i’ve struggled with that in the past.

anyway, the point of my post was not to preach about how relaxed i am as a parent, because i’m actually a super controlling crazy type of mom, but i do believe that if you’re always focused on the next milestone, you might be missing the fun things that are happening at that exact second. there’s something to appreciate at every single milestone.

4 comments on “reaching milestones (and remaining chill about it)”