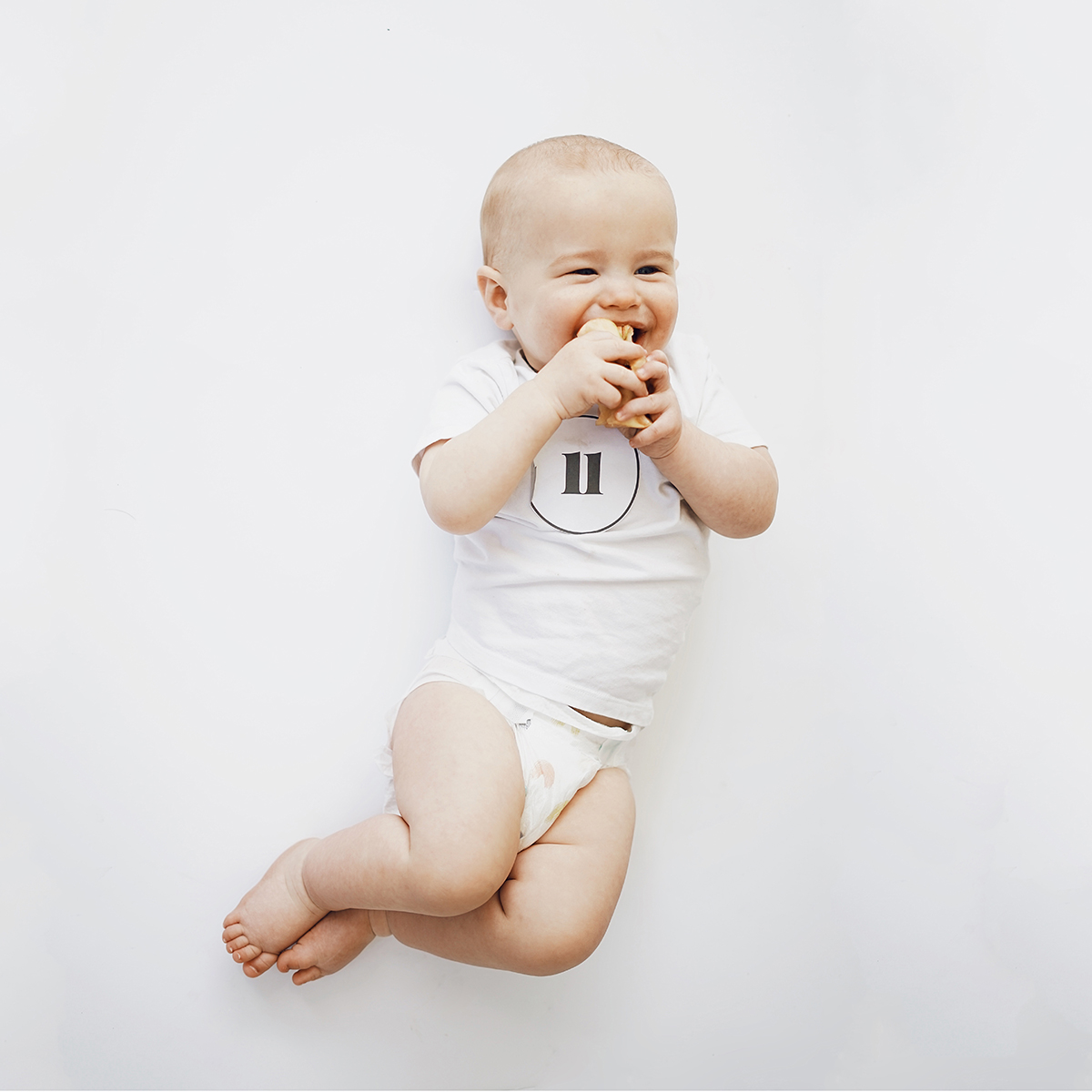 well these photos are officially impossible to take — the only way we could get arlo to lay down was to give him an apple to chew on, his favorite thing to suck and chew on these days. i cannot believe we’re a month away from his birthday. it really has flown by, and i feel so emotional even typing this. i think it’s the hormones from the weaning. or i’m just a sappy mom now.

so, this month we weaned arlo. it’s been challenging to distract him and keep him full without the breastmilk, and while i am excited to stop nursing and have my body back, it is sad. i don’t know if it’s the loss of that closeness or that he’s not a little baby anymore, or like i said its just the hormones making me sad. but i’m feeling relief and relaxed that i don’t have to be chained to him at all times anymore. i’m leaving him this weekend and it’s going to be so weird to not have to worry about breastfeeding or pumping or anything!

he FINALLY got teeth! two in one week! i’m sad his gummy smile is gone, but now that’s he’s becoming a kid, i’m ready to see what he’ll look like with hair… based on what he has now it might be a while!

he can crawl like a pro now, and he can lift himself up and open drawers and empty them out and he’s basically just becoming a full on toddler. he prefers to eat on his own (and wants anything i eat, even if it’s ceviche).

he sits up in his crib when he wakes up and gives me a huge smile when i come into get him. he does this new “OOOH” thing all day every day. he says “mama” all the time, and he waves on command no problem — but he’s also getting good at high fives, and he’s learning to point and blow kisses. for some reason he refuses to clap though.

he’s still clingy, but i really see progress! sometimes he won’t cry when the nanny takes him (still does occasionally) and he spent a whole day with his grandparents and he’s definitely getting better… fingers crossed.

he’s always been incredibly sweet, but he’s like, an absolute pleasure to be around these days. i am really in love.