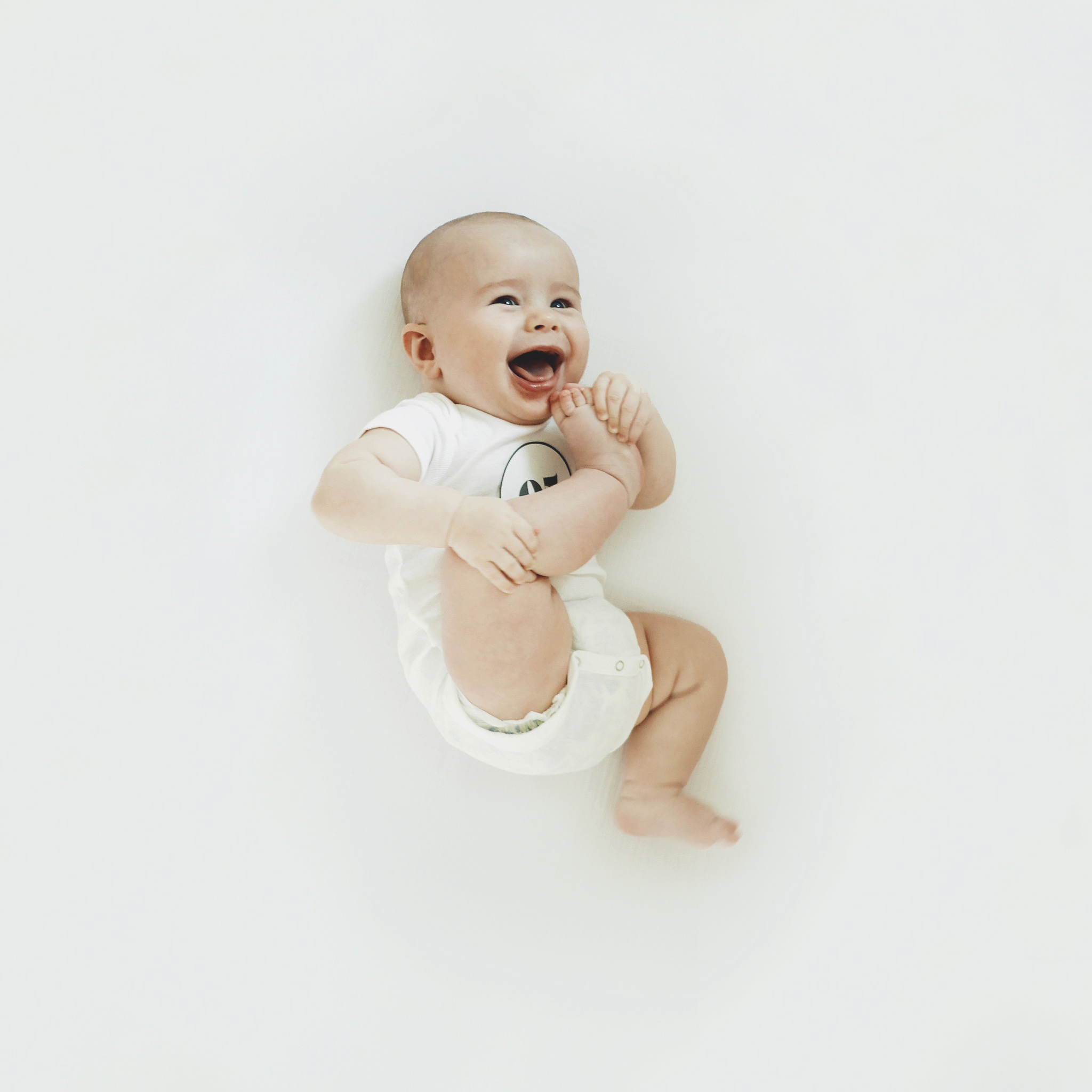 arlo is such a big boy now. literally he is a huge giant baby, but he’s also so mature and different compared to his newborn days. he’s perfecting his giggling, right now we have to usually work pretty hard to get him into a true laughing fit, always having to come up with new bit after new bit — so i’m looking forward to when he laughs constantly and i don’t have to work so hard! (although sometimes i’ll just be talking to gid and he cracks up randomly, which is my fave)

his big gummy smile is still so infectious, but i’ve noticed he definitely loves ladies these days. when we’re out to eat, he sets his sights on different women and gives them big flirty smiles and big flirty eyes, and i even saw him do it to a woman who wasn’t noticing him — so he kept it up for 10 minutes until she did.

he started solids this month, and has liked every single food we’ve given him! he is such a little piggy. he makes the most grossed out, cliche baby faces, but then is always ready for more. and within only a couple of days, he totally got it — he opens his mouth wide and chews. he is also getting to be fairly good in a high chair, so we’ve been taking him to restaurants and he can last a little bit sitting in one! (with his high chair toy to suck on) he has gotten way better at outings (and so have we), and he still pretty much hates the car and his car seat but it’s gotten better for sure and i’m hopeful it’ll continue to do so.

still no teeth, still so much teething and so much drool, but now that he’s able to grab teethers and suck on his toys, the teething is a little more bearable for both of us. he also loves sucking on his feet, as you can see!

i think he also has officially sat up! it’s lasted about 15-30 seconds, but he can pretty much do it before toppling over. i’m so excited for him. he really loves standing, so whenever he’s being cranky there’s a good chance i can just put him on his feet and he gets so excited.

and besides standing, he is obsessed with the cats. our favorite activity is to chase them around and pet them, he gets so pumped up to even be near them, but loves tugging on their fur and they have been so surprisingly patient with him. they even ask for pets from him lately. it’s all very cute.

still loves raffi, but i’m really trying to get him into other music (he seems to tolerate the beach boys), and he can turn the page when reading now. still loves bath time and we still haven’t moved him to the tub despite being v big for the sink these days.

we were supposed to take his first trip this month (just a couple of days in sonoma), but it ended up being cancelled due to a family emergency. i had prepped and packed for weeks and trained him to nap in his crib, so at least now i know we can hopefully handle the next trip, which will be a bigger deal than sonoma — we’re going to hawaii on his 6 month birthday with my in-laws!

he’s in the 98th percentile for height but has dropped down to only the 75% for weight, haha.

everyone still says constantly that he is the happiest, smiliest baby ever — and i could not agree more.