i wish i had written this post two years ago when it was actually fresh in my mind– but i get asked often about how the SNOO bassinet worked out for us so i thought i’d share my little review in a post for easy access!

i know the SNOO is super expensive, so if it doesn’t end up working out then its such a complete bummer. but lucky for us, arlo loved it. it was such a life saver for those first few very challenging months.

we put him in it from the very beginning and we turned it on too. i know some people are afraid of having their babies rely on it from the jump but we quickly noticed arlo slept way better with white noise playing (we noticed day 2 still in the hospital actually), and i decided i’d rather him rely on sleeping in it for however long and figure out how to wean him later.

so arlo slept in it for both naps and nighttime. it senses their crying and goes up to the top level of soothing if they wake up, but if he was still crying and the intensity started going down, (and he didn’t need to be fed) we’d control it to go back up for a bit from our phones haha. then he’d finally fall back asleep and we’d high five each other and be like omfg our baby just fell back asleep and we didn’t have to stand up. so yeah, for us it was an actual life changer. 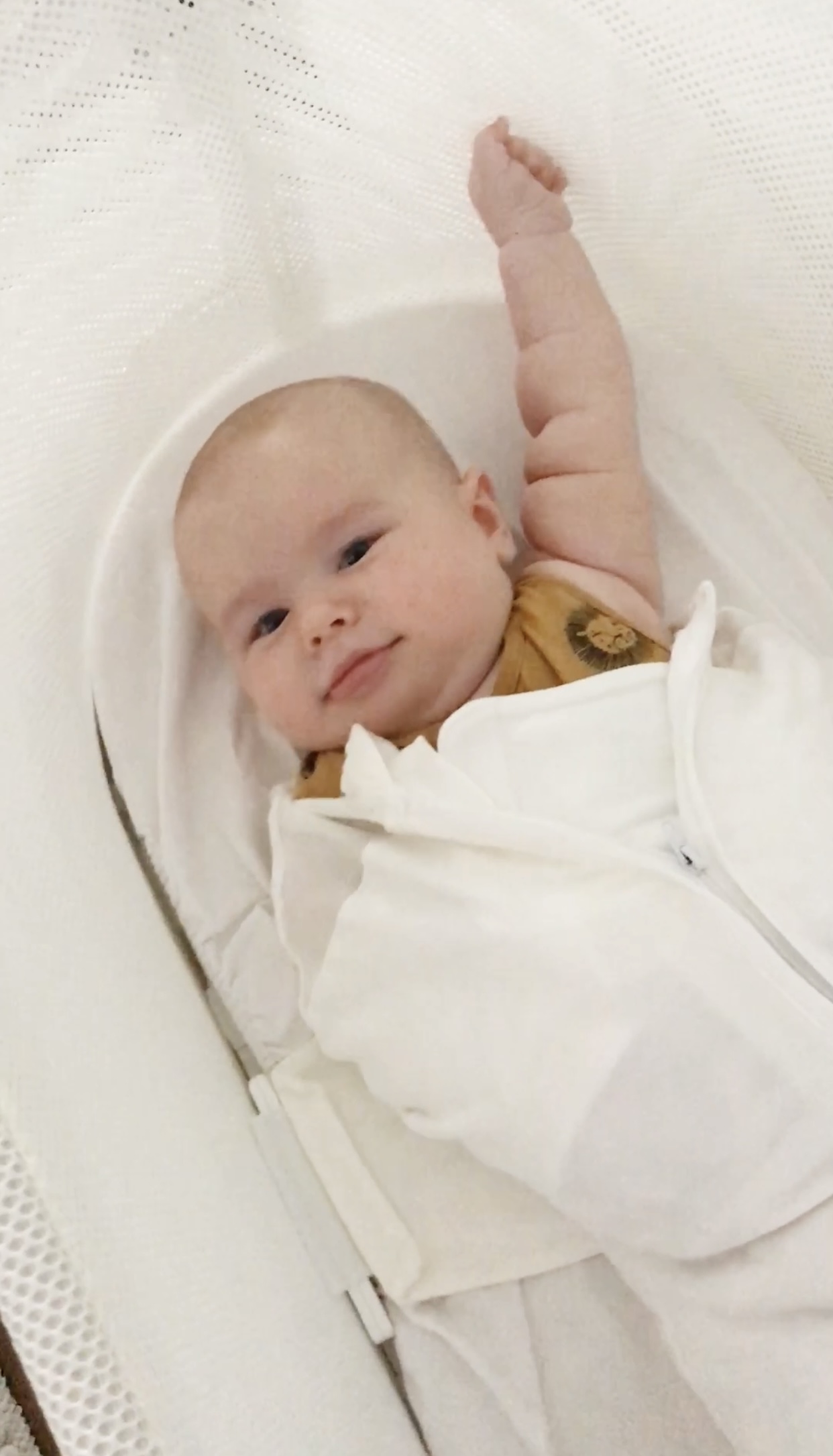 this definitely made it harder for naps on the go, but we barely did those anyway so i wasn’t super concerned. we were planning to go on a trip when he was 5 months old and then i was pretty panicked about the sleeping arrangements. so for the week or two before, i was trying my best to get him to sleep in his crib or dock-a-tot, i tried sleep sacks, i tried the hilarious magic sleep suit. nothing really worked that well, but then we didn’t end up going on the trip because of fires in northern california.

in my memory, he wasn’t the best napper in general. he never liked his dock-a-tot and i remember desperately ordering a bunch of different swing chairs etc, none of which he liked. he definitely always slept best when he fell asleep while nursing and slept on top of me on the rocker.

so it wasn’t until our first actual vacation when we took arlo to hawaii, exactly on his 6 month birthday. he got SUPER SUPER sick on the second or third day of the trip and it was a trip from hell. he wasn’t able to sleep anywhere besides on top of us– and we would switch off and we were all so exhausted and sad.

when we got back home, he was still only able to sleep on top of us and never really went back in the SNOO. so a few days of that and we decided to sleep train him and have him sleep in his own room. he ended up doing fine (eventually, obviously the first few days are rough).

so we transitioned him out of the SNOO sooner than we planned but it worked out for the best. i would definitely not have another newborn without it!

that said, every baby is different. i lent it to my best friend and her baby just never took to it! just like arlo hated most things besides the SNOO haha. anyway i hope this helped!

i know SNOOs are on sale a lot and if you buy them new, i believe they do have a money back guarantee– but i also know a lot of people buy them used from ebay and fb marketplace. also, i can’t vouch for it but i noticed that there seems to be a way cheaper alternative by 4moms. anyone tried this!? would love to know if it’s adequate. 2 comments on “how we liked our SNOO”