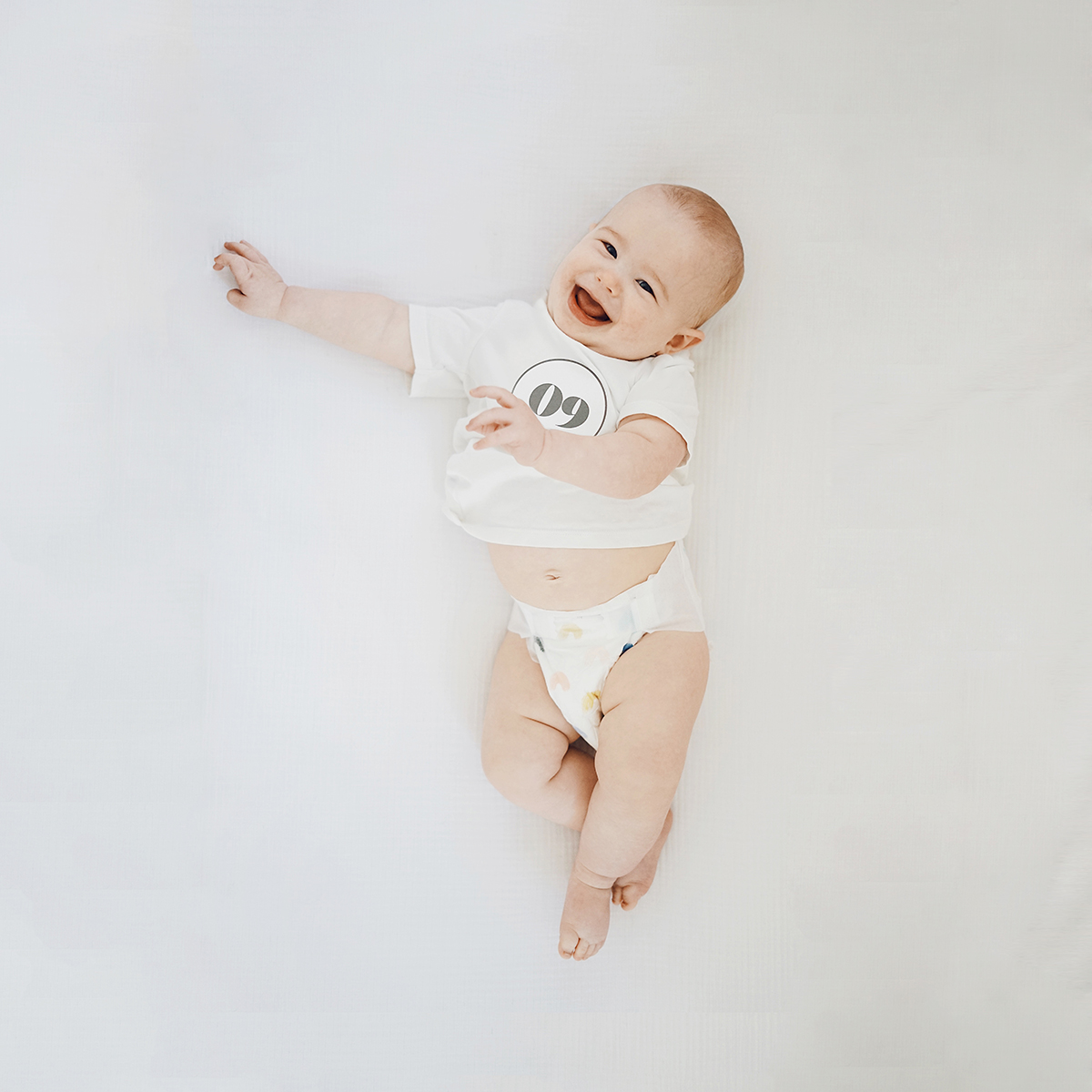 he is so big now! he didn’t even fit in the 18mo onesie we had him in for these photos, so he’ll be in a t-shirt from now on.

arlo can do so many new things this month. he loves rolling his tongue, his favorite consonant is B for sure, but he also likes an L and soooometimes very rarely… an M! but he sees how excited i get when he makes an M noise and then he stops because he plays hard to get. he babbles soooo much sometimes.

he’s pretty much learned how to crawl, in his own way, and now he’s pretty much obsessed with moving around (it is getting way harder to take these monthly photos!). he loves scooting around the room and it’s getting obvious we need to baby proof really soon! he still loves standing and walking around but he doesn’t seem to have the balance it takes yet. and doesn’t have that much interest in pulling himself up, he only likes when i pull him up.

he loves eating. he is such a good eater, he will pretty much eat all the things, sometimes we’ll sprinkle with a little rosemary but for the most part he doesn’t even care. if it’s food he will eat it. and a LOT of it too — sometimes we’re confused how he can be such a bottomless pit. he also takes adult shaped poops now. which is still so odd.

he can wave hi (and loves it)! he even kind of sounds like he’s saying “hi” sometimes. we’re trying to teach him to clap and high five now too.

still no teeth! i guess he knows i might stop breastfeeding him if they come in and hurt me so he’s using all his willpower to not grow them. but he is growing a little hair! he even wakes up with bedhead. his ankles and feet and legs are still so chubby, but i feel like he’s starting to slim down a little so i’m really getting sad and nostalgic. i will miss my fat baby and his rolls so, so much.

we’ve phased out raffi completely now (i was about go insane), so now we listen to mostly 60s and 70s music and he loves to dance to barbara ann! i was actually thinking i could make a playlist of the grownup music he loves — maybe other babies would too.

he is the sweetest and funniest baby. i like him so much! and here he is… scooting away. 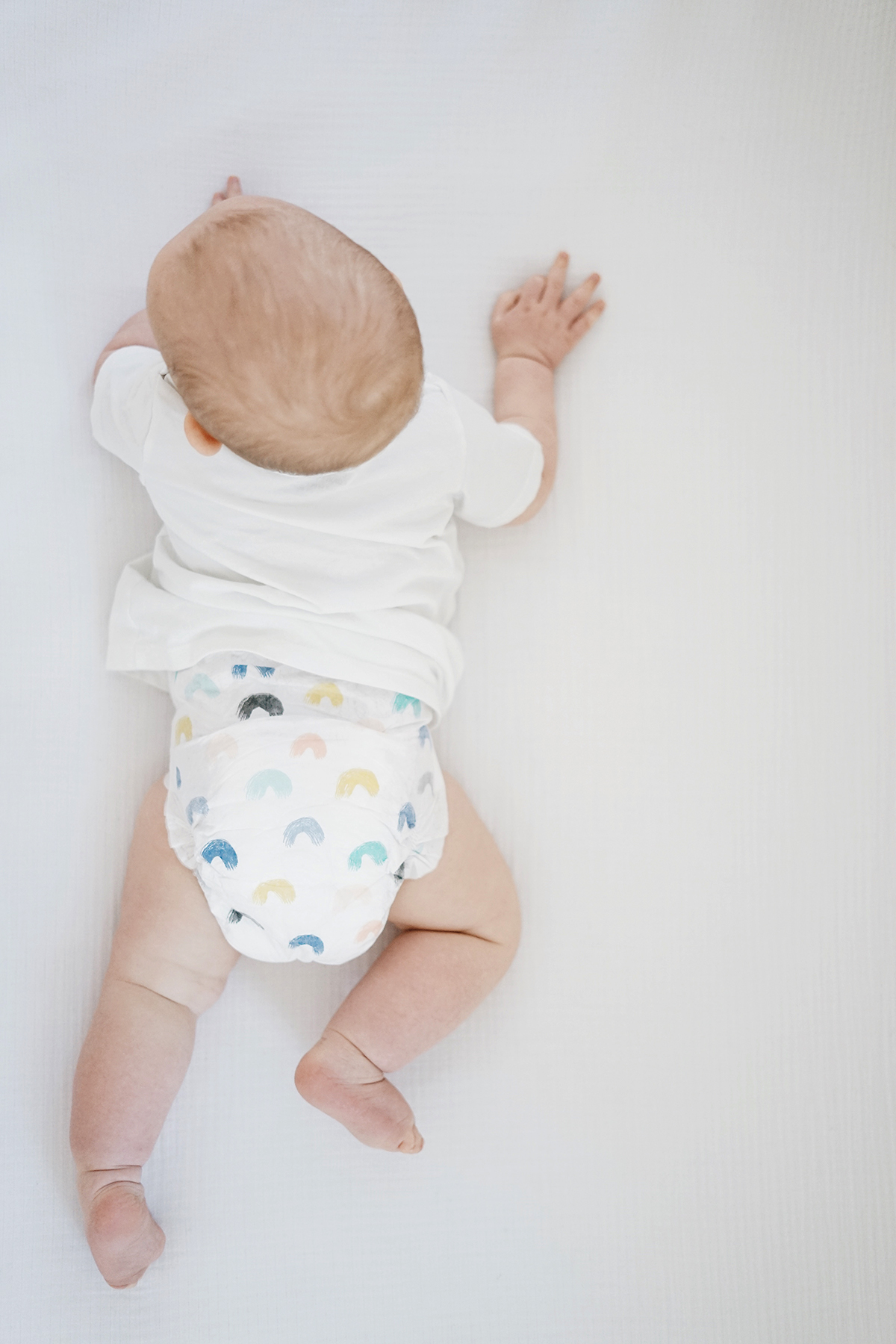