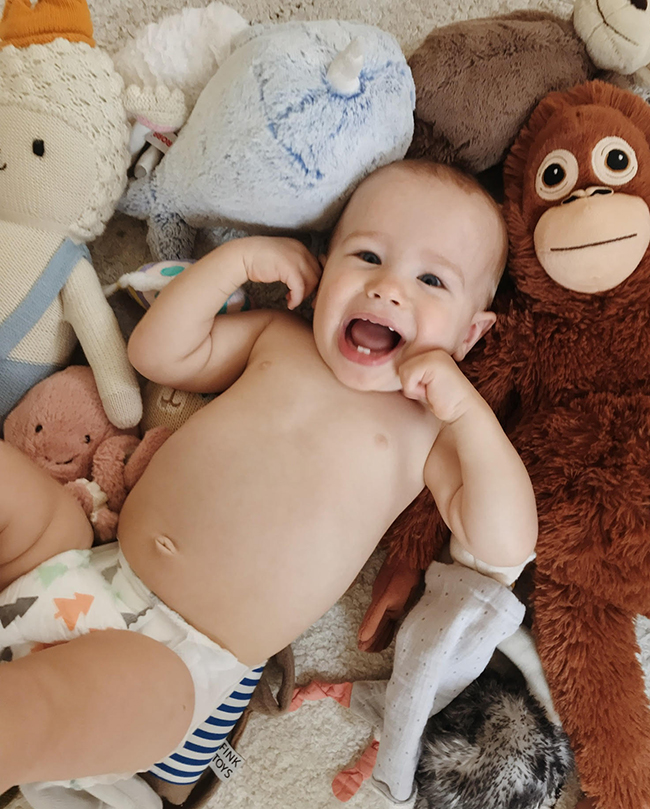 arlo is so obsessed with his stuffies lately and it’s the cutest thing! he sleeps with way too many, but we try to get him to choose his favorites and he just has A LOT of favorites. every time he wakes up and i go to get him from his crib, he hands me some of his friends that he wants to bring with him, and then lets me pick him up. sometimes it’s his top three, sometimes he literally hands me a dozen stuffed animals that i have to try to carry along with his giant baby body. 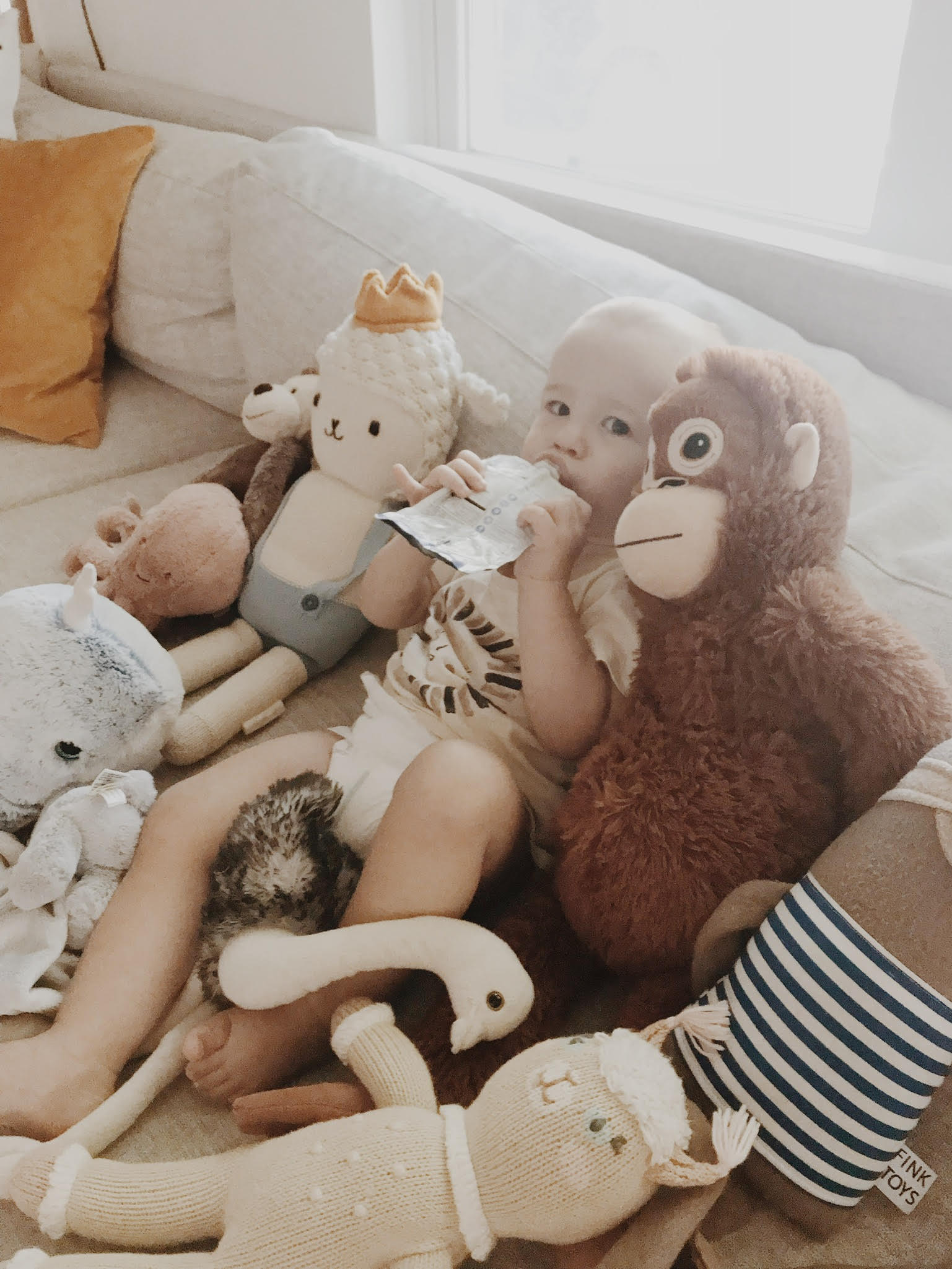 i get asked a lot about his favorites, some of which we’ve bought locally and i couldn’t find online, so they’re not all included here, but a lot are! 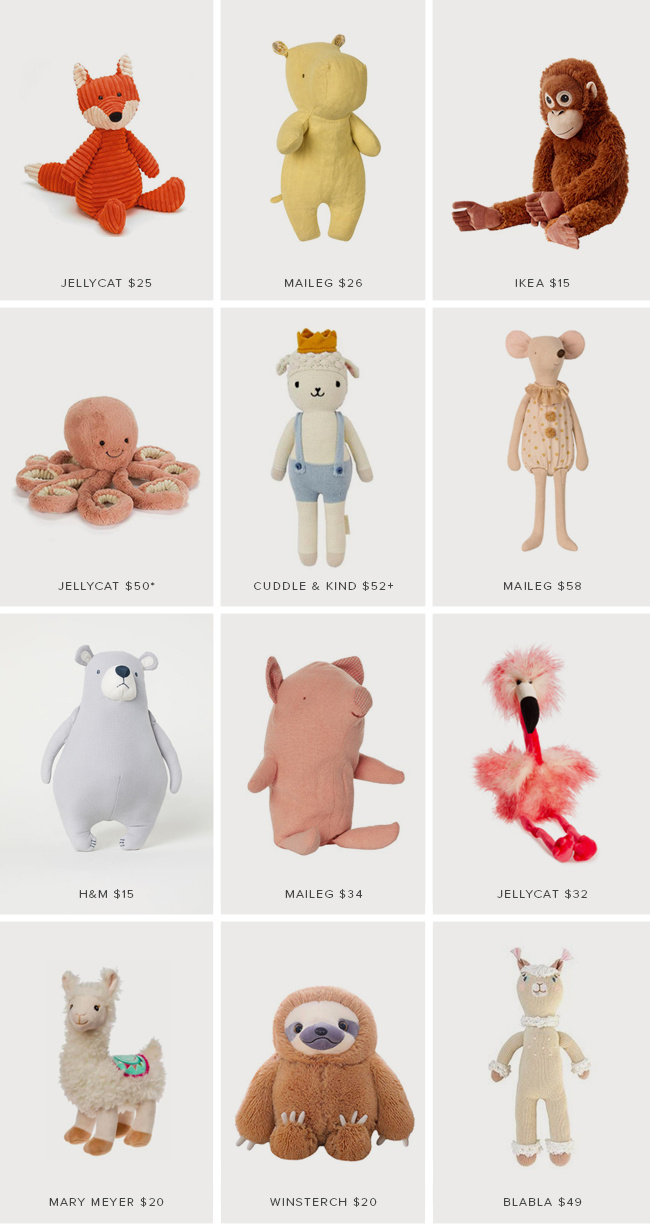 * so we have this octopus in the smaller, less expensive size and arlo loves him, but the bigger size is so much better, i really regret getting the small size and hope to upgrade someday.

** these ones are arlo’s roommates, but i tooootally want that sloth too.