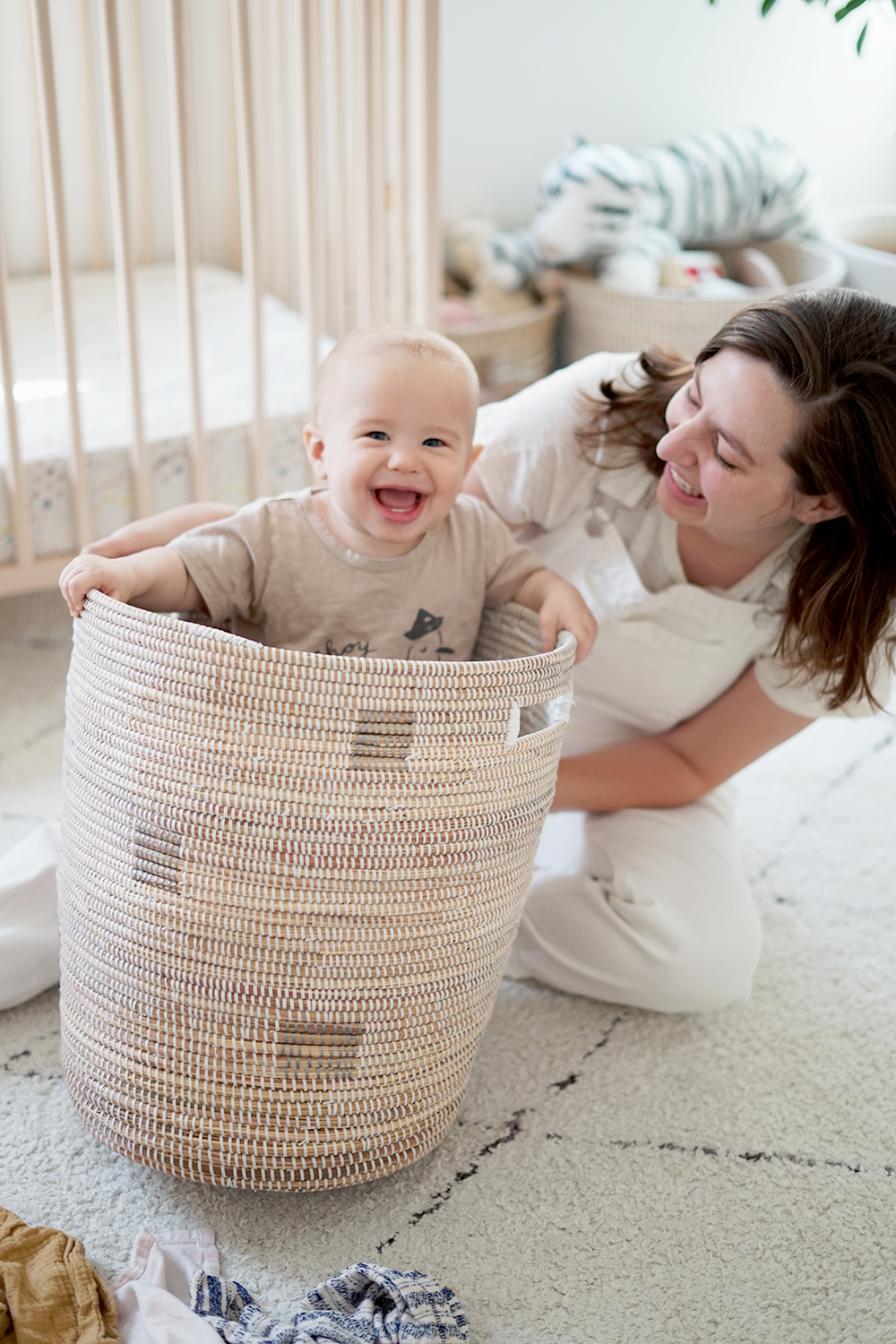 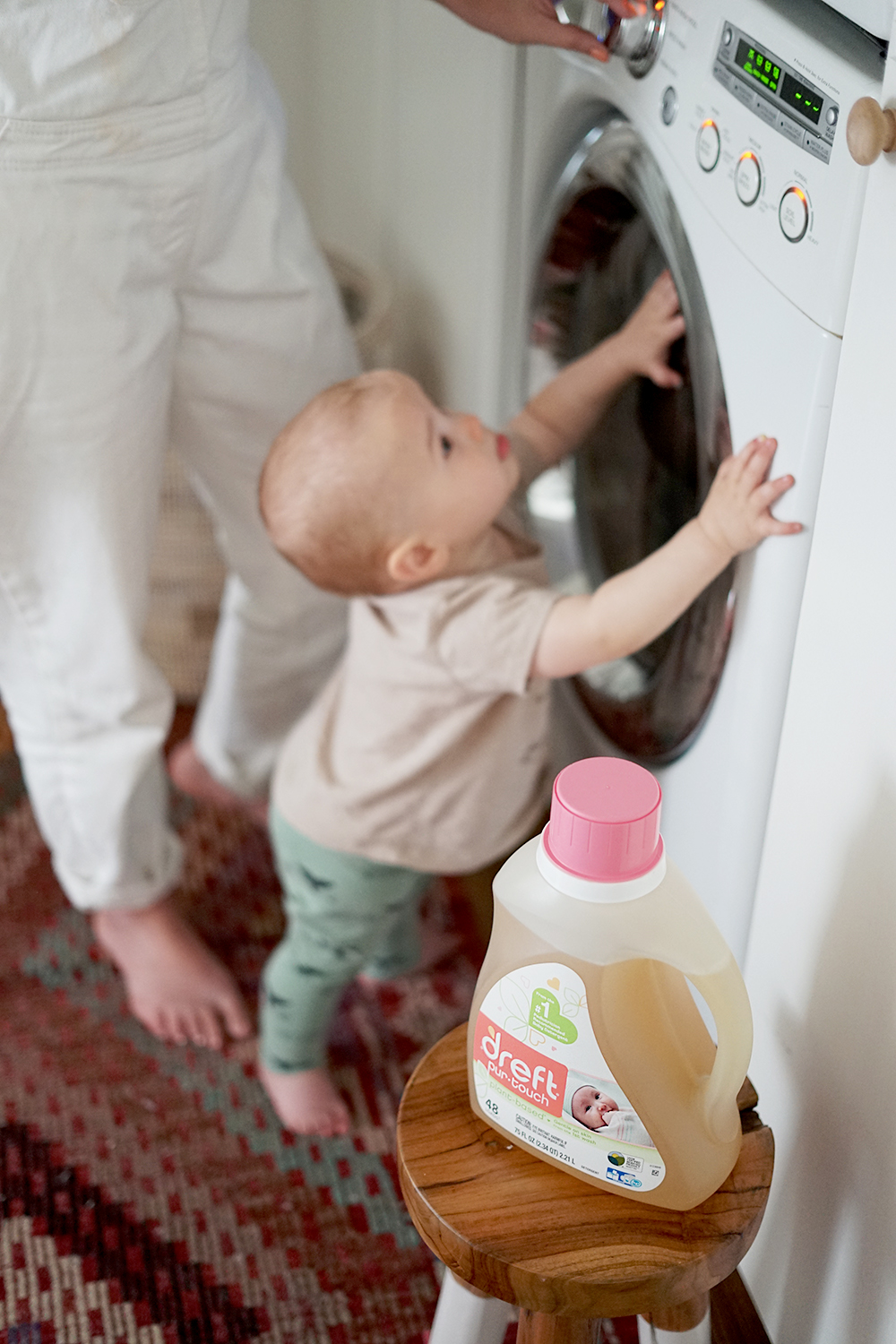 i’ve gotten a lot of messages asking about the weaning process since i shared that we’d be doing it, asking for tips, how i did it, how i felt… i want to start off by stating the obvious, whether you breastfed for a month or 18 months — we felt this was the right time for us and these are the methods that worked for us, everyone is different!

and i am so happy to be partnering with dreft today — full disclosure, i reached out to them because i am such a diehard fan of their products after a year of using them. a new survey has found that dreft baby detergent’s iconic scent helps parents feel more bonded and connected with their babies, so i thought it was the perfect reason to share how i weaned, because it’s the perfect remedy to help with that yearning feeling you experience when you wean.

when i suddenly felt physically disconnected from him — dreft helped play a role in reconnecting us. the scent is so reminiscent of his newborn days, while it also preserves that bond into toddlerhood. 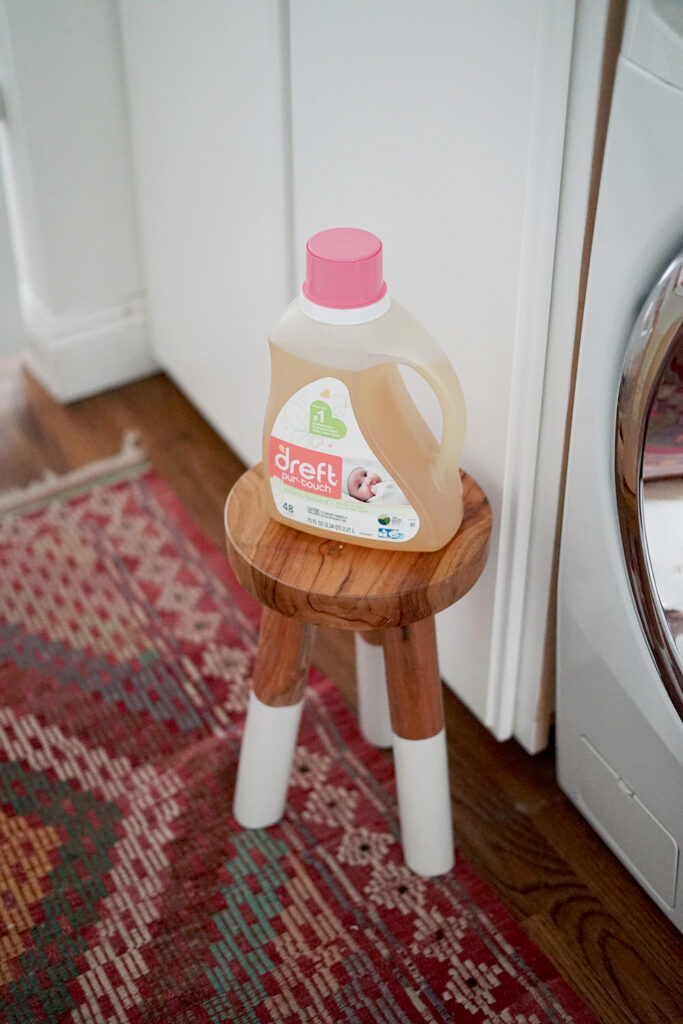 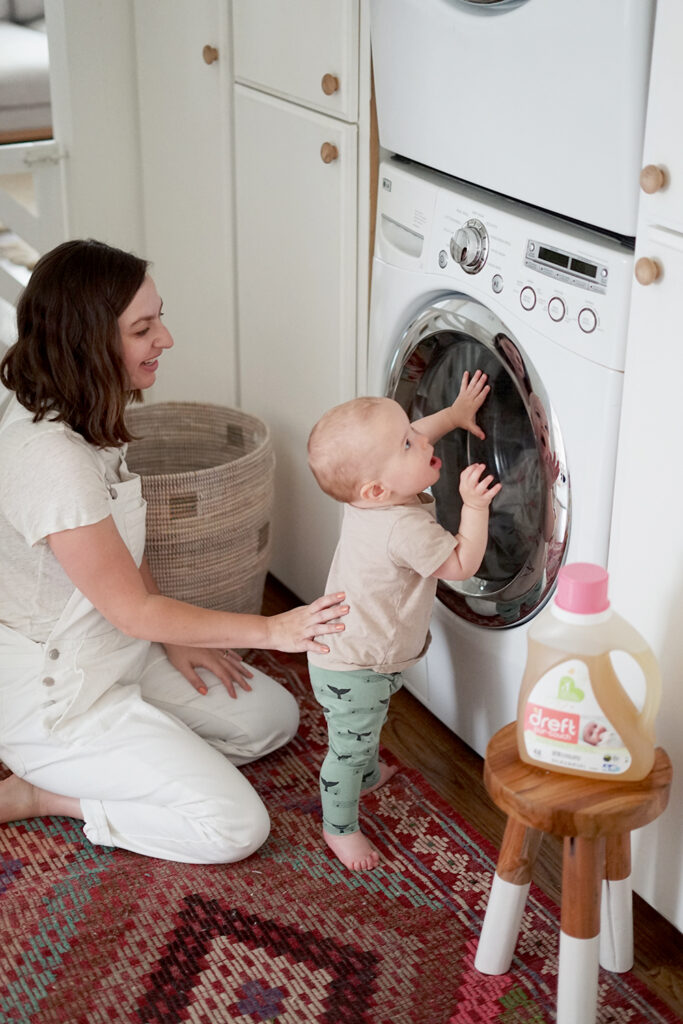 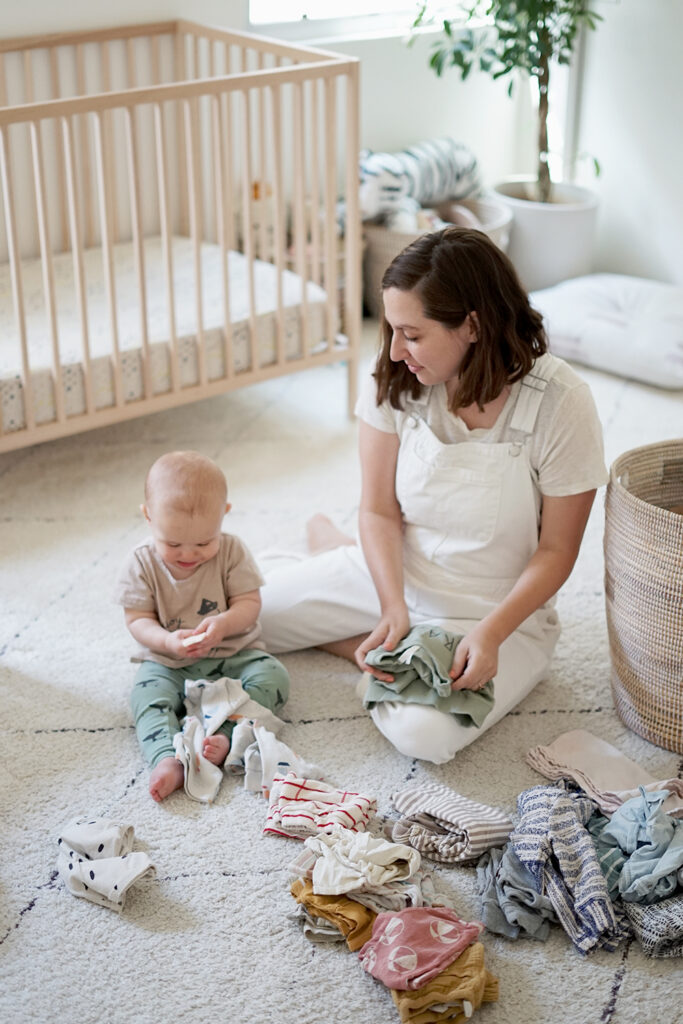 prior to arlo’s arrival, i did a lot of research about every single thing i bought, and was scared of all the heavily scented products just like you’re told to be — but dreft is the #1 baby detergent recommended by pediatricians and it’s hypoallergenic. dreft’s scent has been formulated to resemble the indiscernible smell of babyhood, and has helped remind me of arlo when we’re apart. i was lucky enough to not struggle with breastfeeding too much, but for those of you who weren’t able to breastfeed as long as they wanted, or even at all — dreft is great for helping with that bond.

and definitely the most challenging part of weaning has been losing that connection. it makes me sad that he’s no longer my little baby, but i’m also thrilled to be feeling pretty free, finally. i had always planned to nurse arlo until his birthday, but ended up stopping just a few weeks short of it.

i was actually very weirded out by the concept of breastfeeding, i thought it was just gross (and it actually really was in the beginning). but i stuck with it and i’m so glad i did. while i still find it a little gross to be honest, i will always cherish that time and the bond i felt. 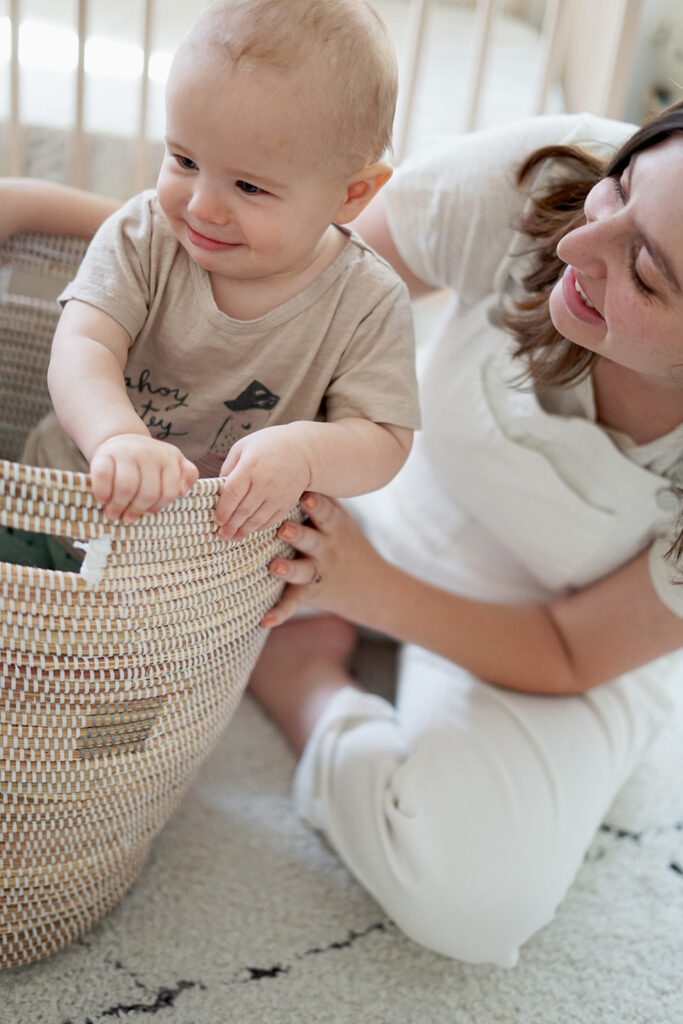 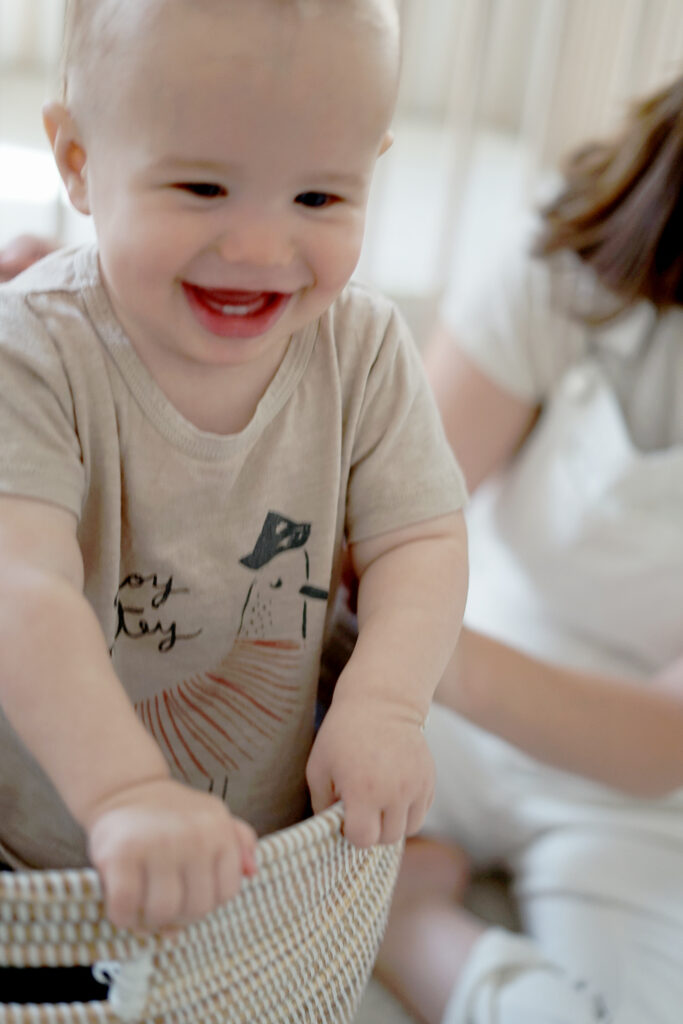 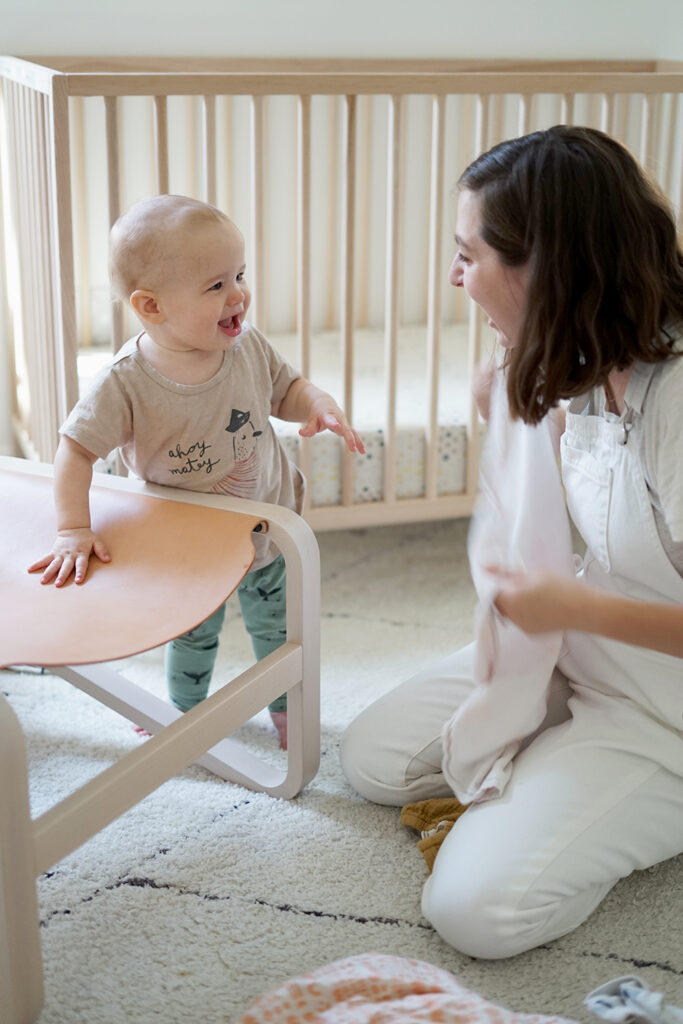 make sure the timing is right

the reason i planned to wean was because i was going away to palm springs without arlo for the weekend, so my pediatrician and i agreed it seemed like the perfect time. they say it’s much, much easier to not be around because your baby won’t be smelling you and hugging you and tugging at your breasts. i planned to time it so that i would officially stop right when i left, but i got scared of mastitis and being away, so i decided to do it one week prior to leaving. i went five days without nursing, but it wasn’t until i got to palm springs that i suddenly felt really engorged and uncomfortable, but luckily it only lasted one awful day.

don’t pay attention to what other moms are doing. if i’m honest with myself, i probably could have nursed for another few months — but ultimately i think this timing worked for us. you do you and don’t worry about whether it hasn’t been long enough.

drop one feeding at a time

i’ve read you can drop one feeding every 3-4 days, but because i had the time to slowly drop them, i did one a week. every saturday i dropped one more feeding originally from 4 feedings a day. i chose saturdays because gid would be home so he could get him up from his naps and it wouldn’t be as noticeable for arlo.

i also haven’t pumped in months because i got lazy about it so i just decided to stop and use the frozen milk we had if i wasn’t home. so if you’re pumping too, drop one pumping session at a time as well!

come up with nursing substitutes and change your rituals

figure out what your baby would want to eat or do when they wake up instead of nursing. we discovered a really great substitute for us after naps was to feed him yogurt, another great distraction was petting the cats or (surprise surprise) doing laundry if he actually didn’t seem hungry. he loves watching that machine spin more than he likes tv even.

alternatives like those were good for waking up from naps, but we worried most about mornings, when he was by far the hungriest and saddest. so we tried whole milk, coconut milk, almond milk, goat milk and ripple milk instead. he doesn’t like milk it turns out, so right now we’re giving him apple sauce, yogurt and ripple milk combo in a reusable pouch when he wakes up. a pouch seems like a good way to let him suck on something when he wakes up and we don’t have to scramble to make breakfast yet.

instead of nursing him before bed now, i feed him dinner at 5pm and then an hour before bedtime (6pm), i give him his sippy cup with water and an apple and he seems to be full enough to sleep just as well through the night.

your morning, afternoon and nighttime routines might look very different, but just make sure you come up with new routines and stick to them and your babe will be cool with it — soon. 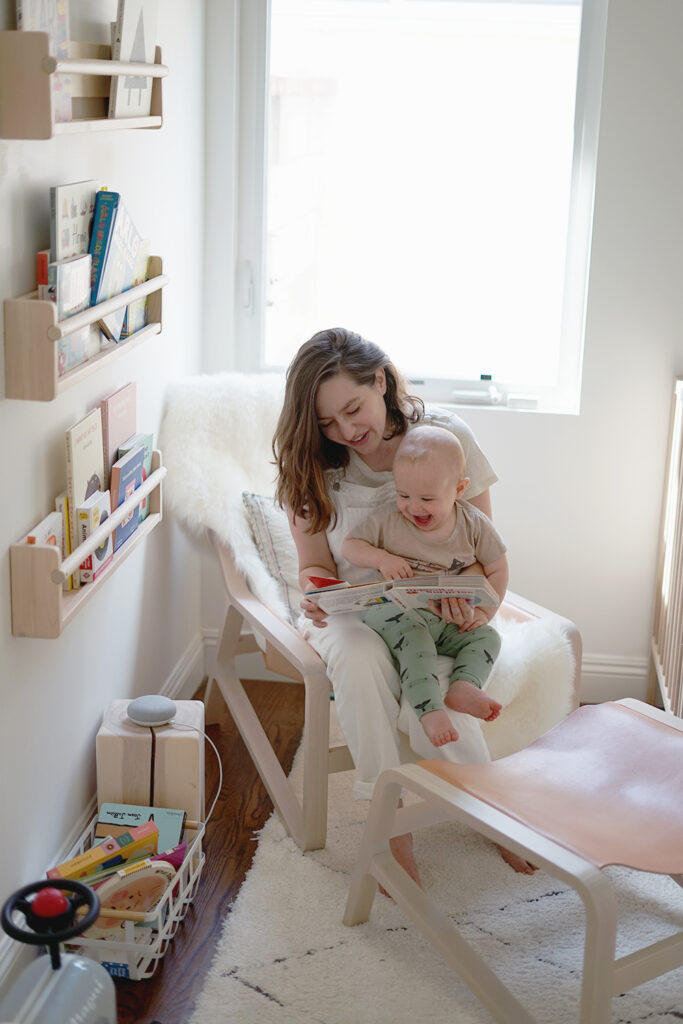 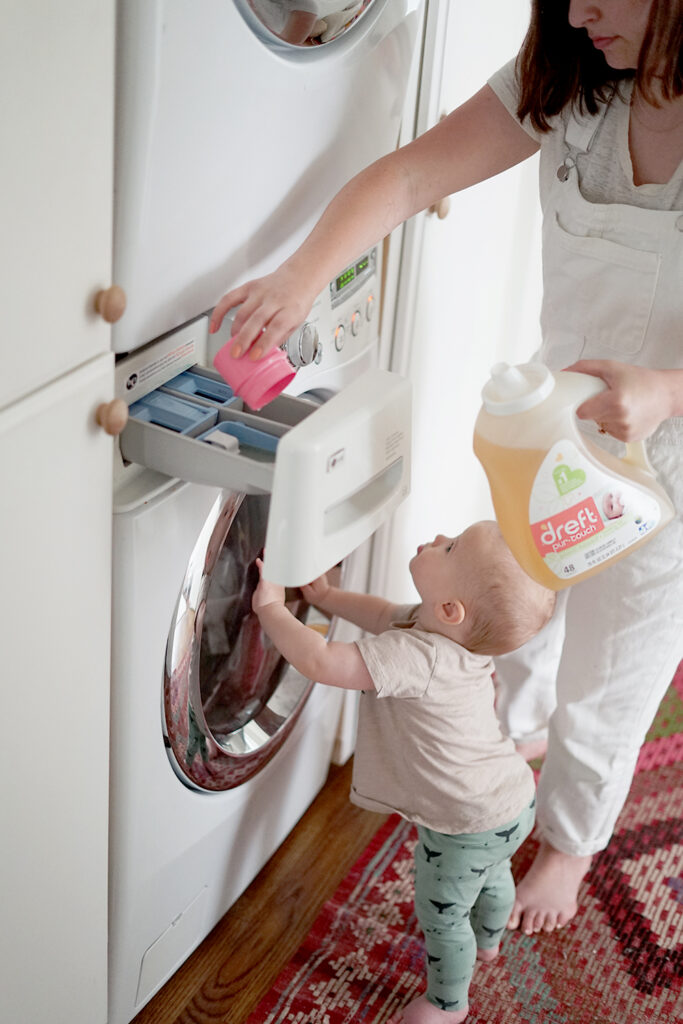 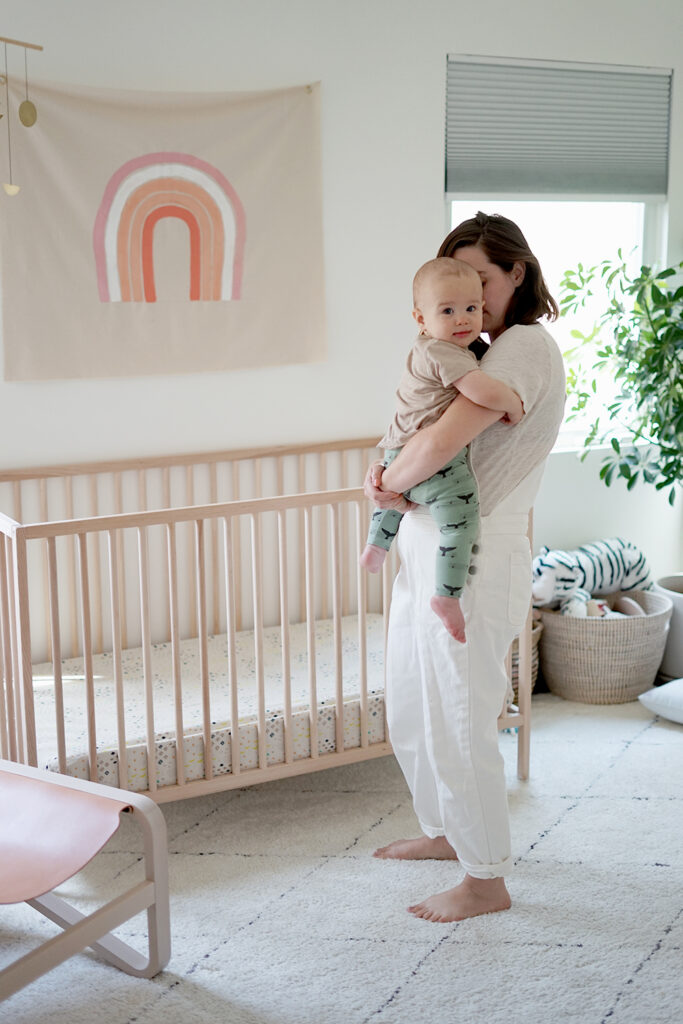 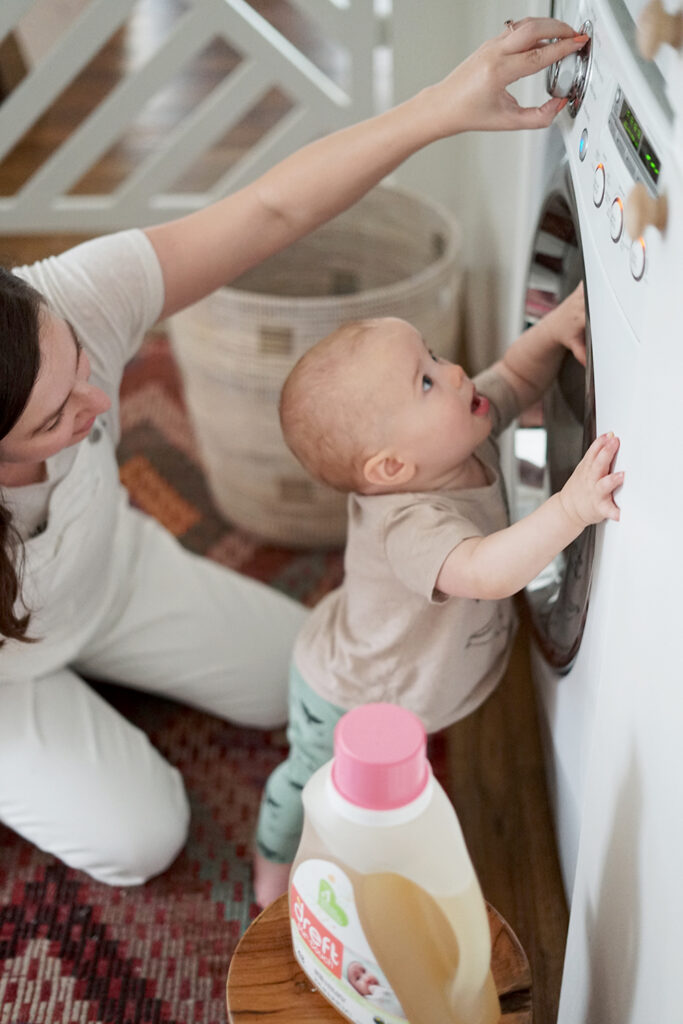 let yourself be sad

it’s normal to feel emotional about it. like i said, while i was excited about the freedom, i also couldn’t not think about arlo being a big boy and how fast everything is going. with the shift in hormones, you can even feel sadness actually similar to postpartum. there have definitely been times when i’ve felt more emotional than usual, working on arlo’s birthday video and when he’s cried about not letting him nurse. and speaking of which…

arlo tugging at my shirt and crying is not the easiest thing to deal with when i’m already sad about it. but you need to be strong for both of you and not give in if you’ve decided to end it. there were definitely times i thought, well he’s so sad maybe i’ll just nurse at night only — but gid would remind me that we decided to stop and to stick to it. when your baby is tugging at your shirt, take him outside or feed him a treat or do anything to take his mind off it.

take care of your swollen breasts

my breasts were fine for the first 5 days of zero nursing, like i said, i had very little discomfort whatsoever. on the fifth day, they got so engorged i needed to hand express them in the sink, something i thought i’d never be able to do because i’m very afraid of my own body. (gid even said how proud he was of me) you don’t want to end up with mastitis or at the emergency room, so keep an eye on how they’re feeling. make sure you have advil and a head of cabbage on hand!

another thing i did to speed up the drying up process was taking an antihistamine daily. i take it to help me sleep so it worked out! (i wasn’t able to take while breastfeeding so win win)

try to cuddle and bond in other ways

you might be missing that closeness when you stop, i definitely am. i try to hug and kiss arlo a lot more these days, and for the most part he lets me because i think he’s also craving it. if your baby isn’t a cuddler, trick him into sitting on your lap for books or hold him to dance to his favorite songs or in the mirror. and here’s where the dreft detergent comes in again, the scent totally helps you hold onto the fleeting baby scent for longer.

do something nice for yourself

you’ve been through so much. and you gave up having good boobs, possibly forever, just for your baby to eat. a few weeks after they shrink down, go shopping and get some pretty bras. maybe even some sexy ones! and celebrate! you can finally stop wearing nursing bras!!! also i suggest you get at least one massage. because you really, really deserve it.

and as i let go of this part of our life together (TEARS) i’ll take anything i can to make his babyhood last a bit longer, as we press on towards arlo’s first birthday and our baby becoming a REAL BOY. it might sound melodramatic, but sometimes while i’m reading to him, i take a whiff of his clothes and smell that dreft scent and it brings me right back to when he was my little tiny baby. (double TEARS)

6 comments on “tips for weaning from breastfeeding”