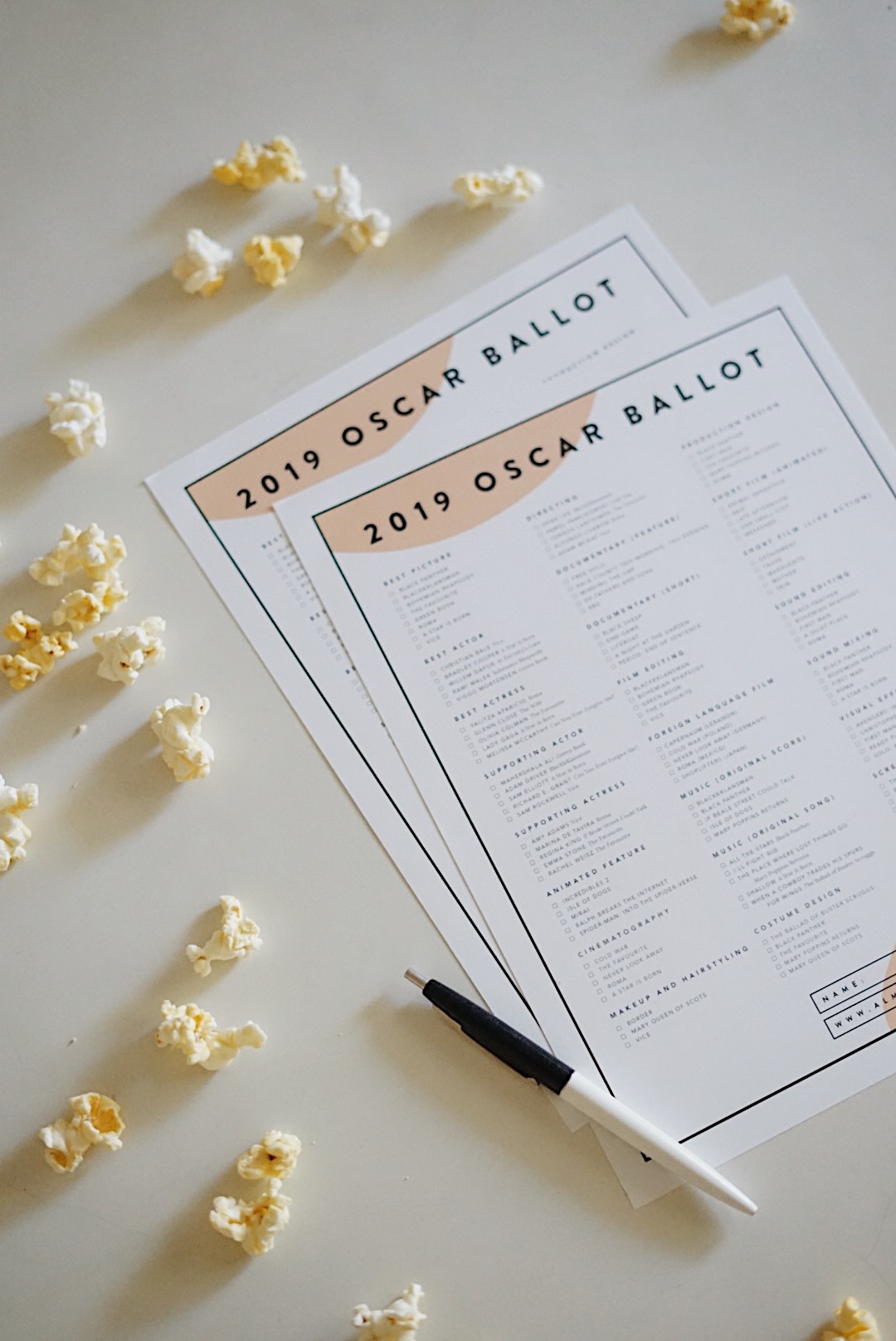 i actually forgot i was even responsible for making oscar ballots for you guys until i got lots of DM asking — i have been passionately un-passionate about the movies this year. i feel like even the academy is like UGH maybe next year will be cool for movies!

but anyway, as it is the time for my annual oscar movie rant/review, and i do sort of enjoy binging on oscar movies a few weeks prior so it’s a little bit more fun to watch the actual oscars, here is what i saw :

bohemian rhapsody— i love queen, but all i liked was the scenes when they were recording. other than that rami was weird and creepy to watch and the whole movie was so vanilla, wasn’t it? also can mike myers stop doing that character? we saw his name in the credits and knew exactly what to expect lol.

blacKKKlansman— ok i really did like this one. i wasn’t interested because i don’t typically like spike lee movies whatsoever but this one was better. although we did still feel like he did some spike lee style choices that take you out of the story and remind you it’s a spike lee movie lol, it wasn’t the best movie ever but i liked it a lot and overall i wouldn’t be mad if it won.

green book— i enjoyed it but i don’t think it’s an amazing movie. my brother kept calling it schmaltzy and thats the exact word for it lol. it was really sweet and enjoyable to watch but would i say it was amazing? NO I WOULDN’T BUT I’M CLEARLY A HARSH CRITIC! also arlo likes to sit in his car seat with a blanket over his lap just like don shirley :)

a star is born— WHAT IS THIS GARBAGE? honestly i enjoyed watching this one just because of how bad it was. IT WAS TOTAL SHIT and for anyone to say it was snubbed for best director, like it shouldn’t have been nominated for anything but a razzy. don’t @ me.

black panther— omg i would be so stoked if this won which it never would, but what if it did! i loved this movie so much, i laughed i cried i gasped and everyone is so sexy in it too.

we were planning to watch vice, roma and the favourite but we might just watch things we actually want to watch instead, idk.

anyway, i made the ballots with the same design as last year– print them on 8.5×11 cardstock for best results, and i recommend downloading the file and printing from the download versus from the browser! would love to see them in action. you know how i said don’t @ me? actually @ me all you want, i love you. :)